Colloidal Oatmeal is not only good for bug bites and stings but also rashes and other skin problems.

Colloidal oatmeal (Avena sativa) is finely ground oatmeal that is suspended in water or liquid to help with absorption and application (like for example in our Stops The Sting ointment). Since as early as 2000 B.C., people have been using colloidal oatmeal to soothe dry skin and relieve itching and irritations of various skin conditions. Fast forward a few thousand years, the U.S. Food and Drug Administration officially approved colloidal oatmeal in 2003 as an effective ingredient to treat skin inflammation. 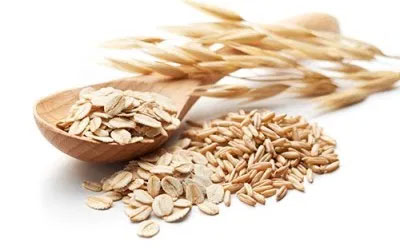 But why does it work? Colloidal oatmeal contains antioxidants and saponins that give Stop the Sting its remarkable soothing quality. Besides soothing the sting, colloidal oatmeal contains anti-inflammatory, anti-itch and protective properties that help moisturize, clean and protect the damaged skin. It also contains vitamin E, which is anti-inflammatory and helps heal the affected area. Together, these qualities provide an effective solution to combat the poisonous substances that many insects inject when they sting or bite. Bottom line, colloidal oatmeal helps counteract what is making you itch and burn.

Kaolin Clay, also known as China Clay, is another age-old ingredient known for its curative properties. Named for the soft white clay originally mined for centuries in a hill in China (Kao-ling), Kaolin clay was first brought to Europe by French Jesuit missionaries in the 1700s. Kaolin clay has been used in everything from a digestive first aid to treat upset stomach and diarrhea to a poultice to dry oozing and weeping poison ivy, oak and sumac rashes. Now, we use it in Stops the Sting to make bee stings, fire ant bites, and the bites and stings of most common insects disappear (like magic).

Kaolin Clay can vary from white to brown depending on the region it was mined. 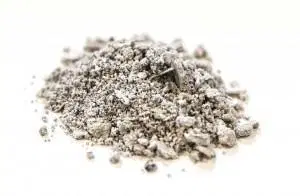 So how does it work? Used commercially and medicinally for centuries, Kaolin clay has topical application as an emollient and drying agent. It has also been known to help detoxify and cleanse skin, the high silica content helping remove dead skin and helping skin regenerate. In Stops The Sting, Kaolin clay acts to purify and detoxify the skin. The unique minerals and phytonutrients it contains eliminates toxins from the skin, reducing irritation and killing the pain. Eliminating the stuff that keeps that bites and stings throbbing is a good thing, trust us. Also, Kaolin clay helps promote blood circulation to the affected area, which helps facilitate healing. That means the insect sting heals faster and you can go on living your life.

Our last main ingredient is triethanolamine. Triethanolamine is a clear liquid that reduces the surface tension in emulsions. Better explained, it helps water-soluble and oil-soluble ingredients blend together better. Triethanolamine is a strong base, that is useful in adjusting the pH of a lot of cosmetic formulas such as eyeliners and mascaras. In addition, the U.S. Food and Drug Administration has included triethanolamine on its list of indirect food additives for assisting in the washing or peeling of fruits and vegetables as an adhesive. And you thought it was just used to make Stops The Sting that much more effective. 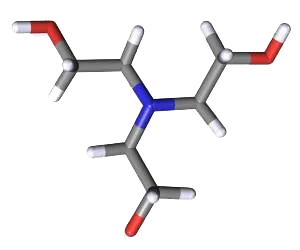 Triethanolamine works by combining with fatty acids to convert acid to salt, which makes a perfect base for an effective cleanser. Cleaning the wound helps the colloidal oatmeal and kaolin clay do their jobs. Also, it works as an emulsifier that helps spread the ointment evenly over the skin. In common terms, triethanolamine helps make every application of Stops The Sting work as effectively as the last.

As you can see, this time-proven , trusted ingredients combine to make Stop The Sting the single most important ointment to keep in your first aid kit for the treatment of bug bites, stings, rashes, and other skin irritations.

Don’t wait until after the bugs bite you… be prepared and buy Stop the Sting today!